Choosing a phone is difficult and important, since it will become your constant companion for the next year or two. Phones differ in many ways, but the top runners for the year are usually chosen for speed, size, sleek design, good on-board camera, and storage space. Here are the top four for 2015. 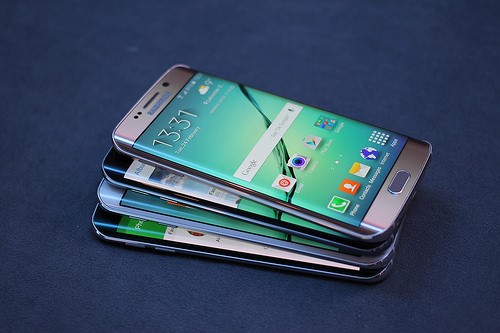 Both the Galaxy S6 and the Galaxy S6 Edge ($750) are top of our list for 2015. These phones offer Samsung’s best designs and cutting-edge specs. The 3 GB of RAM help the phone multitask and improves overall performance. The easy camera shortcut (home button double-tap) allows users you to capture those pictures you just don’t want to miss, enabling you to switch from sleeping phone to camera-ready in two seconds. And it has an impressive camera size of 16MP (5MP for the front camera).

The Galaxy Edge and Note 4 were top runners for battery life, followed closely by the standard GS6 and then the iPhone 6. An extreme power saving mode helps extend the battery and is further helped by the quick charging capability and freedom to charge wirelessly. True to its name, the GS6 Edge has the screen curving along the edges of the phone, allowing menu buttons to sit along the side (though the screen size is still 5.1 inches like the standard GS6). 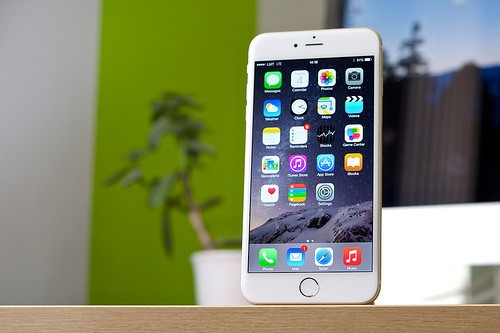 With the best camera quality on the market, an iPhone 6 or iPhone 6 Plus ($750) is easy to recommend as well. While some of the specs are just a bit last-gen, user experience with Apple is always top-notch. These phones are now operating with iOS 8 and only offer 1 GB of RAM. The camera size for this phone is 8MP (1.2MP for the front camera).

Unlike the Android phones (which have AMOLED display screens), the iPhone 6 has an IPS screen, which allows for wider viewing angles and better color reproduction. Unfortunately, it does have one of the lowest screen-size-to-phone-size ratios with the 4.7-inch screen only taking up 62 percent of the phone’s face (by comparison, the Note has a 5.7-inch screen that accounts for 92 percent of the phone’s makeup). 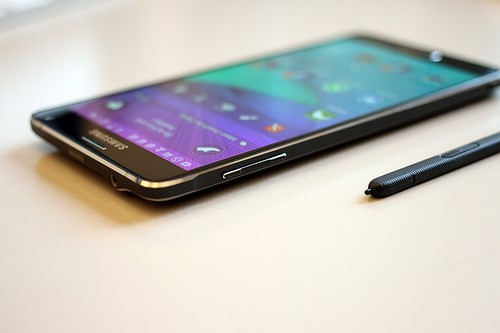 While some might find Samsung’s Note phones to be too large and bulky, it’s really the large screen that sets them apart. If you are looking for a phone meshed with a tablet (a phablet), then the Note 4 is a great option. Unlike the Galaxy and the iPhone, the Note (and the G Flex) allow you to use a microSD card for additional storage space on your device. The Note has a camera that shoots 16MP (3.7MP for the front camera).

The Note comes with a stylus for easy navigation, drawing, and writing on the large screen. An extreme power saving mode will help extend the battery life, along with the fast charging capability and freedom to charge wirelessly with the Note 4. As the only brand that made this list twice, Samsung has proven they can produce a variety of innovative, high-quality smartphones with 4G LTE connectivity, while still making them affordable. 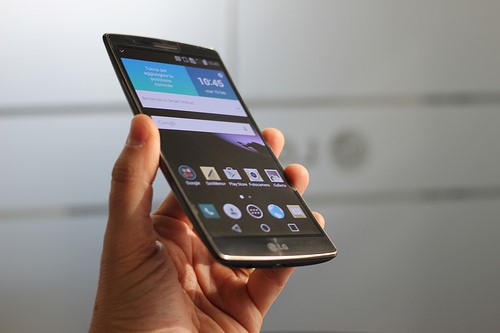 The curved design of the Flex is looking back to a time when phones were designed for talking and not just browsing. You can also add a microSD card to this phone for additional storage space. The G Flex has a camera that shoots 13MP (2.1MP for the front camera).

The Flex offers quick charging (bringing a dead battery to 50 percent in roughly 30 to 40 minutes), but the battery life for the G Flex 2 is slightly worse than other phones in the top spots for 2015. The curved design of the phone makes it feel smaller than it is, since it is not far behind the Note in terms of screen size (5.5 inches to the Note 4’s 5.7-inch screen).

You might notice the pricey numbers that have risen drastically over the years. Today, you are buying what amounts to a mini (full-powered) computer. You often get a great deal with a new contract, cutting the phone cost into a third. Treat your phone well and you will likely get money towards your next phone when you trade it in for a better model.