FingerReader can bring about a new revolution in terms of devices that can help those who are visually impaired or blind. This ring-like device can read out the words as it is placed over blocks of text for scanning. 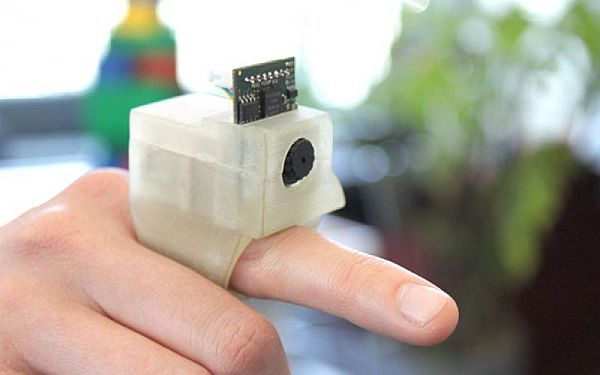 The device works with the help of small camera that scans the printed text or words and then a voice then reads it aloud. This gadget was developed over a span of three years due to intensive experimenting and coding. It is expected that this innovative device would be reaching the markets once the developers are able to make the device read touch-screens as well.

Developed by the scientists, led by Professor Pattie Maes, at the Massachusetts Institute of Technology, US, the FingerReader is basically worn like a ring and can read any word or text that it points at and could therefore prove to be revolutionary for those who have partial vision or are blind. When user hover this device over the printed words or a digital screen, the sentences or words are read aloud via a synthesized voice.

With this device, the people suffering from visual impairment would be able to understand any kind of written material ranging from a menu card to a medication note. Apart from that, many books are unavailable in Braille and the FingerReader could enable users to gain access to those myriad books. 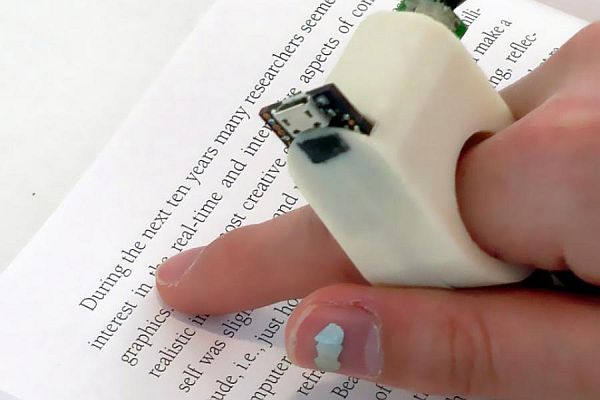 With this device, reading will become as easy as simply pointing the finger at the printed text as the special software inside the device would track down the movement of the finger and identify the word, thereby processing the information. The device also contains vibration motors that provide an alert to readers who deviate from the text.

According to Professor Pattie Maes, who has developed the prototype, this device is more flexible and a quicker solution to reading than by any other device created so far. It has taken nearly three years for the gadget to reach its final stage by going through a series of experimenting and software coding, for trying out various designs.

The only problem that is confronting the developers is to make the device work with touch-screen tablets and smart phones to make it a complete device. When the device scans a touchscreen, it is unable to capture the words and scan them. This is the only problem that the team needs to resolve before making the FingerReader market-ready.