The traditional Japanese art of paper folding, Origami, has always been a great source of inspiration for product designers. Inspired by the flexible nature of the traditional art, designer Peter from UK in collaboration with Sam Germany has designed a paper watch that doubles as a bracelet for trendy users. Dubbed as “Origami – Time in E-Paper,” the artistic wristwatch tells time with four numbers in HH/MM mode like a classic time piece.

All the numbers, apart from one, are shaped by folding the paper strip. The number seven, two and five can be created with simple folds, while other numbers (especially eight) fall in more complex category. Consisting of a case, the Origami watch makes use of an e-paper display to tell time, while the bracelet is carved out of a snap of bracelet that curves around the wrist mechanically, as soon as you apply adequate pressure.

Layered with a soft yet sturdy silicone offering a wrinkled paper look, the Origami watch fashions an inimitable timepiece to attract the admirers of the traditional paper art. To form the artistic timepiece, all you need is an e-paper display, single piece snap of bracelet and folded numbers, which you can assemble with simple twists and folds, combining the traditional with the modern. 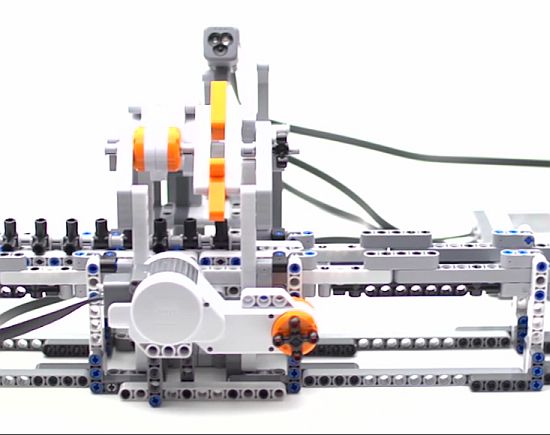