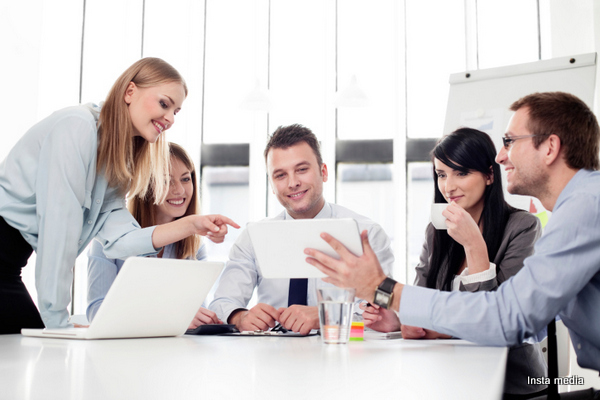 We have those who come up with some really creative and useful inventions. And then, there are some who come up with some really bizarre creations that could leave you wondering as to what they were actually thinking when they laid the ground plan for these inventions. And when it comes to the workplace, there is no dearth to the number of crazy inventions that hit our desks every day. Here is a list of some of the wackiest office gadgets we have come across so far.

The seemingly endless days of sweating it out in the office (literally) seem to have ended with a Japanese inventor coming up with the idea for the USB Controlled Air-Conditioned Shirt.

The basic principle is simple. The cloth is made of 80 percent polyester and 20 percent cotton, and has an outlet to which a small fan is attached (right into the shirt). The fan is capable of generating powers up to 2Watts and is powered by a USB. When switched on, the fan blows cool air into the shirt and onto your body. Sounds nice, doesn’t it? It would also be quite an attractive invention if not for the fact that the shirt only comes in the XL size range and you would probably end up looking like a blown up balloon when you switch on the fan. 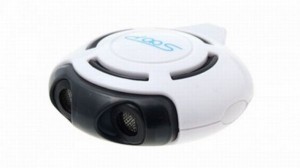 You would probably have heard your share of advises from people who ask you to sit straight in order to avoid straining your back later on. Easier said than done though. For, inadvertently you would tend to slouch in your seat after a while.

Well, the USB Posture Monitor can take care of that. A snug little device that sits on top of your computer monitor, the Posture Monitor emits a blue light when you sit straight. But slouch down even a little bit and the monitor would start emitting a bright red light right onto your face. That would be more than a reminder for you to sit up straight again. Wonder if any updates in the pipeline have an inbuilt audio capability?

Here is a way to end those countless minutes at the soda vending machine. The Programmable Soda Can is actually a normal soda bottle that contains carbonated sugar water. The highlight of these cans are the numerous additive buttons that feature along the sides of the containers.

The buttons are correlated to factors like color, aroma and flavor, and can let you choose from over 32 different combinations of soda. And the best part of this is that you can put on your thinking cap and dish up a soda recipe that might just make you a billionaire one day!

So much for catching an extra wink at the workplace! The Blowfly Alarm Clock actually claims that it can work you precisely at the time you want to be woken up. And the contraption has a little secret to achieve it.

This secret is a small bowfly that is attached to a launch pad in the clock. When the alarm starts ringing, the bowfly launches into the air and starts flying around your head, making all sorts of noises until you manage to catch it and shut it down. We would not recommend keeping this alarm clock on your workplace desk lest you want to create a spectacle and bounce up and down on your table trying to swat a noisy little creature while others look on in disbelief.

We all know what happens when you dip a calculator into the water! So we were quite surprised to know about the hydro powered calculator which functions just like a normal calculator, but works on water.

Not literally though! The hydro powered calculator makes use of three batteries that are powered by water. When plugged into the device, the batteries supply the necessary energy needed for the calculator to perform. Quite imaginative! However, some of us still prefer the good ol’ battery powered calculators.