Almost all of us would do anything possible to keep our desktops and laptops safe from several computer viruses on the prowl. However, in some cases, even the strongest anti-virus program is not able to stop a virus from entering your system and causing utter chaos. And if that is what happens to just one computer, think of the effect the virus would have on millions of computers around the world. With that in mind, here’s a look at some of the deadliest computer viruses ever known to mankind, and why you should remain as far away from them as possible! 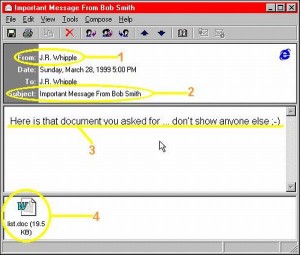 Originally a simple Word macro script, the Melissa virus managed to wreak havoc on nearly 20 percent of business PC’s around the world. The virus used Microsoft’s Outlook program to attach itself to an email (in the name of a .doc file) that would get sent to nearly 50 contacts in the source computer. Unsuspecting users who click on the attachment would inadvertently download the virus onto their system. The Melissa virus would then start stalling applications on the computer and repeat the process of sending emails from the destination computer (now the source) to another 50 contacts.

Debuting in March 1999, the virus spread so quickly that companies like Microsoft and Intel had to literally close their email servers until the damage was controlled. To date, the Melissa virus is known to have caused nearly $600 million in damages worldwide.

A virus that cost the world nearly $37 billion in damages, the Sobig.F was a mass mailer virus that attacked email servers and internet gateways, completing stalling and crashing these areas to the point that worldwide internet access came to a standstill.

The virus used to infect computers and attach itself to various documents sent to addresses found in the host computer’s email contact list. The virus managed to replicate itself nearly a million times in just a few hours of being released. However, internet users managed to get some relief from the Sobig. F when it deactivated itself in September 2003. 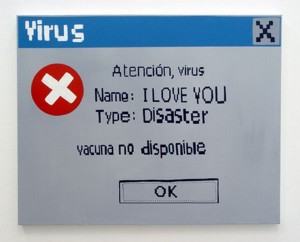 Released in 2000, the I Love You virus interestingly came as a love message with the attachment ‘Love Letter for You.TXT’. Sadly, the moment someone opened the attachment, the virus entered the system and started gaining access to email contacts in the infected computer’s Microsoft Outlook program. And similar to the Melissa virus, the I Love You bug aka The Love Bug or Loveletter started sending itself to countless internet users within minutes of its debut.

Another nuisance with the Loveletter bug was that it took the liberty to overwrite several image and music files in the infected computers, attaching a copy of itself to these files as it overwrote them. The virus also managed to hack into user ids and passwords, and sent them back to its creator. By the time it was contained, the I Love You virus had already caused around $15 billion in damages.

Released worldwide in 2003, the Blaster virus infected millions of business PCs around the world. The bug was a predecessor to the Sobig.F worm, and was also called MSBlast or Lovsan. Traveling through internet gateways and networks, the virus used a certain vulnerability in the Windows XP and 2000 systems to its advantage. After downloading itself onto a system, the virus would start its work by displaying a dialog box which would have just one message with no other option for control. Reading ‘Your system would shut down in a couple of minutes’, the dialog box and the virus behind it had infected millions of PCs around the world in just two days. Thankfully, it was contained before it could carry out its next step; a DDoS attack on Microsoft servers. But this was not before the virus caused the nation a cool $10 billion in damages. 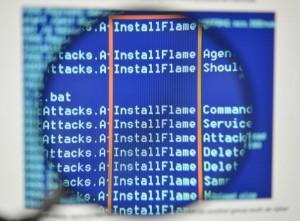 Since the anti-virus market was not as happening then as it is now, the virus managed to enjoy a dream run, with several individuals even refusing to accept that it was actually a virus, before it was contained. Nevertheless, it managed to cause several millions of dollars in damages worldwide.