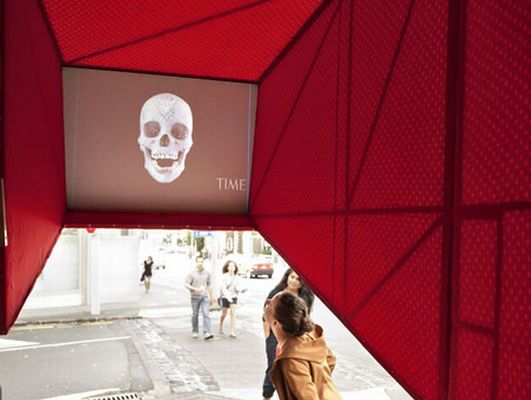 OH.NO.SUMO, the Auckland, New Zealand-based experimental architectural design collective has transmogrified a building’s stairway into a miniature cinema. The Stairway Cinema positions itself at a busy pedestrian intersection, the local meeting point of two universities. A commendable effort to bring people together to share their leisure hours, the project seeks to counter the issue of non-connectedness among urban dwellers. 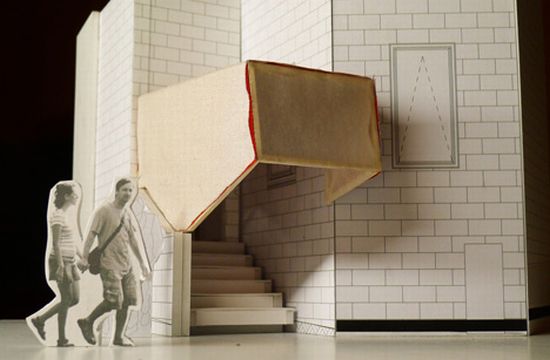 A triple skin system of fabric houses a timber truss frame, made from 24x24mm pine members, to offer a waterproof exterior and a soft interior with dappled light effect. Here you could see folks seated on cushions scattered on steps and watching short films on the screen at the other cantilevered end of the arrangement. 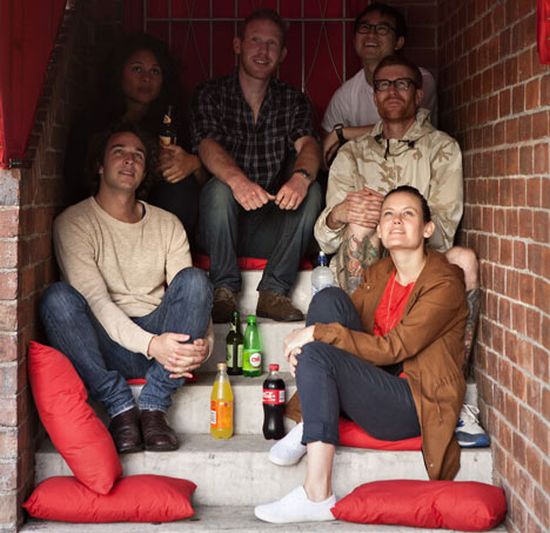 Internet recommendations are carefully dealt with to decide on a movie, which is projected on Stairway Cinema for public. While watching short movies, people can actually prompt and share their experience. Beyond a doubt, OH.NO.SUMO has produced this one-of-a-kind, great community interaction point to help people add some quality time to their waiting hours. 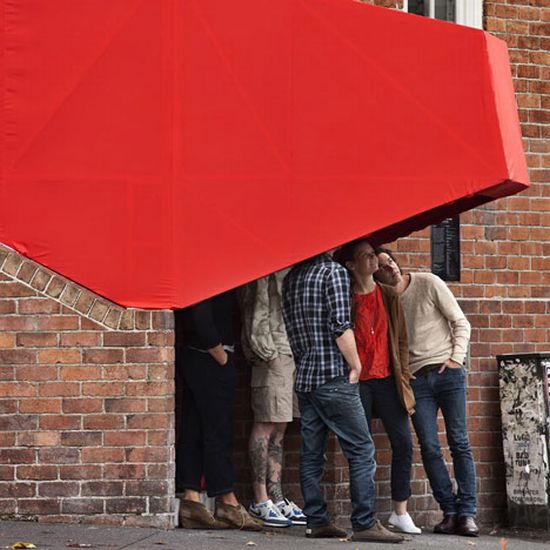