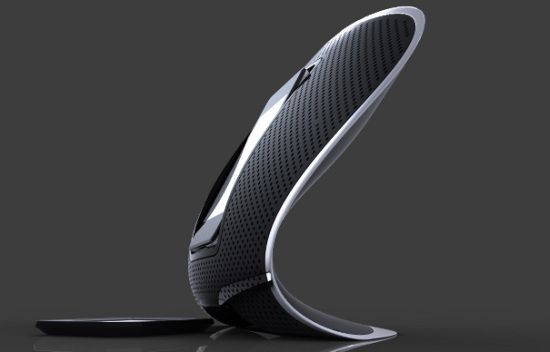 iPod has been one of the most cherished portable music players that has attracted both the young and older music lovers equally. Though majority of audiophiles love to listen to music on the go, but there is also a group who simply places their iPod in a dock to enjoy music while working. Exploring the impact of the iPod on the Saga generation, designer Daniel Carter has come up with an artistic iPod dock that looks more like a sculpture than a charging device.

Dubbed “iPod dock 2,” the docking station concept by the British designer, breaking away from conventional, square visuals, seems to unite modern technology with more mature market or users.  Featuring a sleek, free flowing design the iPod dock 2 is sure to revolutionize the charging docks in the days to come.