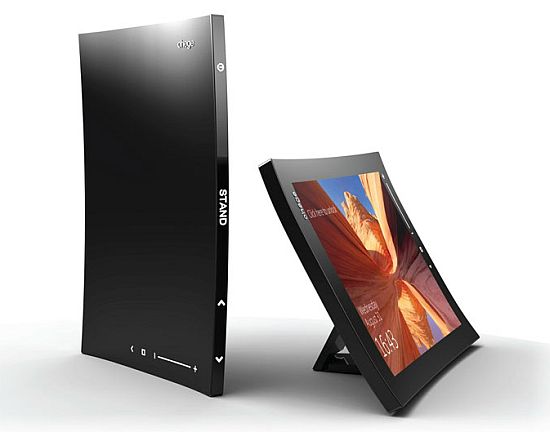 With so many tablets around and others in the making, gizmo freaks never cease to admire the creativity, effort, research and technology involved in their creation. Though a concept as of now, the Athena tablet may fall in the same category of innovative gadgets. Conceived by British industrial designer Tim Chege for his undergraduate degree project, the tablet flaunts excellent ergonomics, which is quite visible from its curved body. The curved surface along both its height and weight is so very indicative of paper curves that form when gripped by hand. 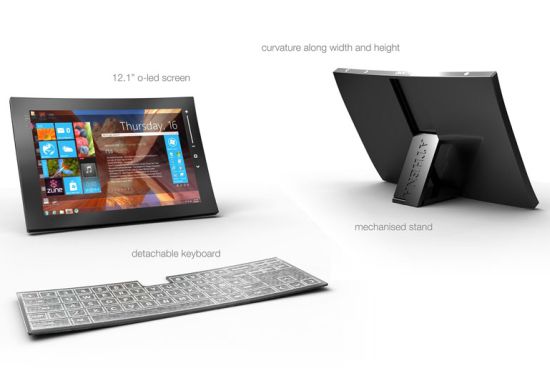 The tablet features a detachable, touch sensitive keyboard, which one can hide in its silicon carry case. An amply sized 12.1” OLED display further boosts the functionality. The built-in (attached rather), mechanized stand relies on a unique spring mechanism to keep that perfect posture. As the designer explains, “the conspicuous interface semantics delivers great usability”.

To sum it up, it’s a good enough concept design-wise at least.  What do you say?

Watch this video to see the concept tablet in action: