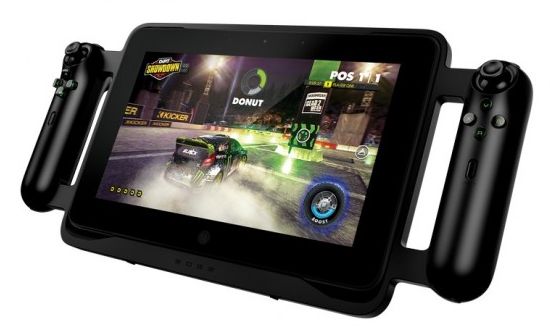 Claimed to be the most powerful tablet in the world, the gaming tablet comes with a number of accessories to run different PC games and applications. Presenting a keyboard dock to play games involving a keyboard or mouse, the Edge also includes a $99 docking station for extra USB 2.0 ports, HDMI port and stereo sound. The Razer also offers an optional $249 controller dock, which can be detached when not in use, for better controls. The Razer gaming tablet is currently on display at the CES 2013 in Las Vegas.