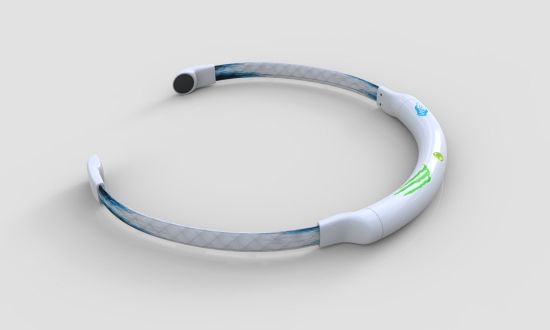 Picking up voice clearly on a microphone in noisy or windy conditions often becomes difficult for the user. Offering a solution, designer Amir Tayyebi Moghaddam has come up with a wireless microphone called the “Wi-Fi Throat Microphone” that as the name suggests can be worn around the neck to absorb vibrations directly from the wearer’s throat through dual sensors, also known as “transducer.”

Designed to be used with the Xbox 360, the contact microphone is just ideal for the noisy computer game clubs, where users can even pick up whispers. In addition, the Wi-Fi microphone lets the users perform well where they have to remain quite, like meetings and conferences, while talking to the people at a distance.