The annual Consumer Electronics Show held in Las Vegas this year saw many gaming companies display their new consoles and controllers. However, only a few of these exhibits managed to draw in the crowds. These include: 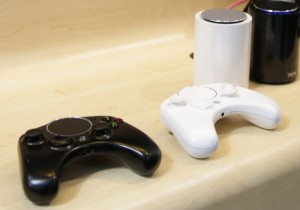 The Tron Console by Huawei

Huawei broke into the gaming market with its first gaming console ever that it exhibited at CESS 2014. Tron is android powered and is priced at just $120 which is considered to be its major advantage. A Tegra 4 processros powers the console while an internal storage capacity of 2GB RAM can be expanded to either 16GB or 32GB.  HDMI connects the console to the TV while the controls are managed via Bluetooth.

While the specifications may not sound that impressing for a high-end gaming device, Tron’s price is its major crowd puller. However, Huawei would need to convince the Chinese consumers to opt for a device that would need to be used along with the TV, especially at a time when console gaming is widely being avoided in the country. 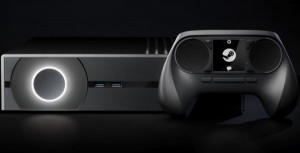 While many gaming companies proclaimed about working with different versions of the Steam OS, CyberPowerPC went one-step further and unveiled their version of the Steam OS powered game console called Steam Machine at CESS 2014.

The company displayed two of its flagship models at $499 and $699. The standard or base model of the console has 8GB of RAM, a Steam Controller unit with an AMD 3.9 GHz A6 CPU, a 2GB Radeon R9 270 Graphics Card and other standard connectivity features like USB 3.0, Bluetooth and Wi-Fi. On the other hand, the high-end model comes with a more powerful 3.5 GHz Core i3 processor and a more advanced NIVIDIA GeForce GTX 760 graphics card. 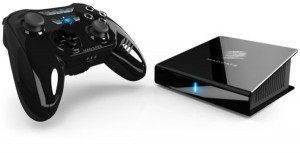 Another device that managed to draw crowds at CESS 2014 was the new gaming console called Mad Catz M.O.J.O that is android powered and has some impressive features to attract gamers. These include a 2GB RAM, 16GB internal storage and a Tegra 4 CPU. The HDMI cable and AAA powered controller are additions that you would get along with the console for $249. 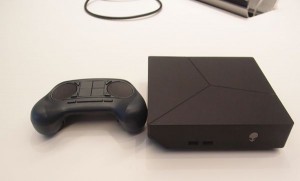 The Steam Machine and Steam Controller by Alienware

The Alienware Steam Machine is known for its portability features that would enable gamers to play games in any room in the house. The upcoming version of this device was showcased at CESS 2014 and became an instant hit with the crowd.

The new version of the Steam Machine is smaller than the Sony Playstation 4 and Microsoft Xbox. While the hardware specifications have not been revealed yet, guesses are rife that the console would run on SteamOS, along with the NVIDIA GPU and Intel CPU. Alienware also displayed its wired steam controller at the show. The new controller comes with 16 buttons out of which nearly half can be accessed without the need of lifting your thumbs. The symmetrical setting of these buttons would make the controller easy to handle for both right and left-handed gamers. Alienware has also replaced the standard thumb stick controllers with circular, clickable trackpads that can track the speed with which your thumbs move and match the same with the movements on screen.