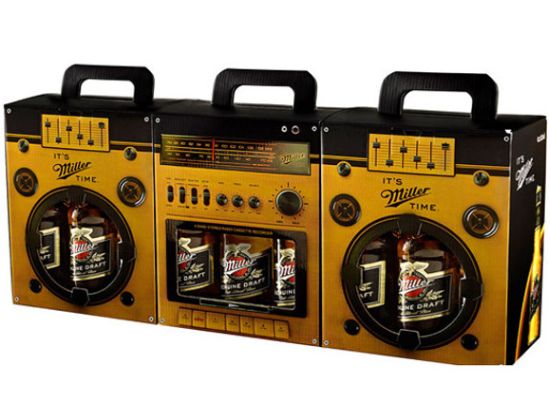 For all you heavy boozers who love to mix it with music, nothing could be more approving than to carry your vessels hidden in a boombox (non-functional though). Conceived and brought to life by Istanbul, Turkey-based design firm MANAJANS-JWT, the contraption will sure offer that much-needed kick to your boozing spree. Exclusively created for Miller Genuine Draft, the ingenious design packs a set of three beer cases that create a sort of camouflage to help you stay sober in city streets. None would ever know what you’re carrying with you. 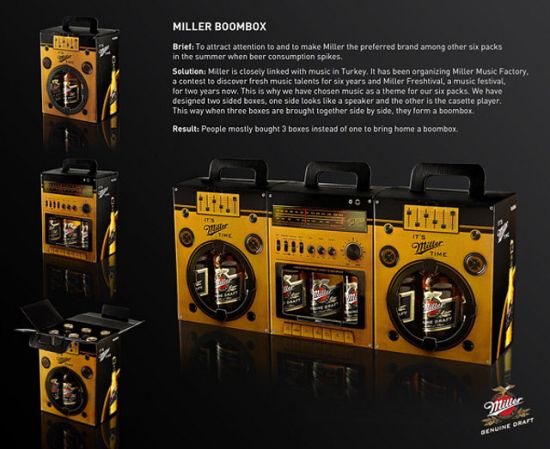 A centerpiece that mimics a portable cassette player has two speaker shaped boxes on its either sides. Once you combine them up, you have your boom box of chilled beers waiting for your approval. Now, isn’t it just the perfect recipe to help you chug some more beer on the move? What do you say?

Anyhow, while you think over it and decide to order one for you, have a look at these images to assess the ingenuity that has gone into the conception of Miller Boom Box: 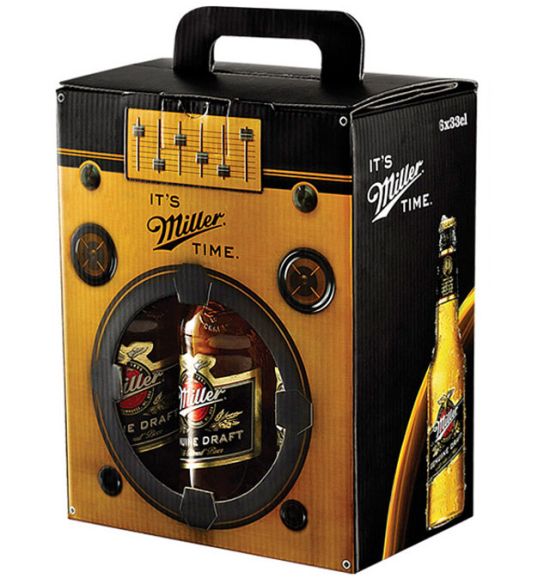 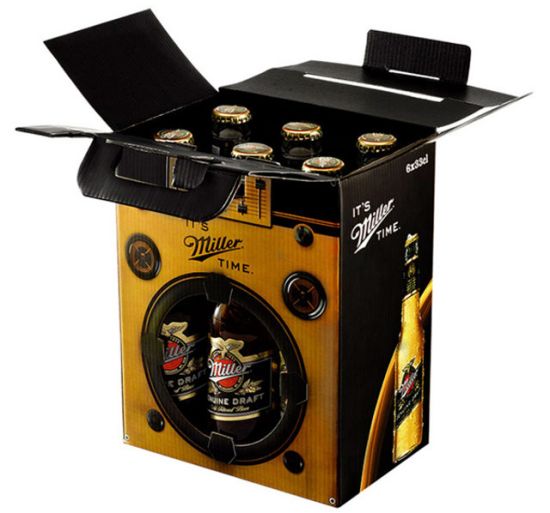