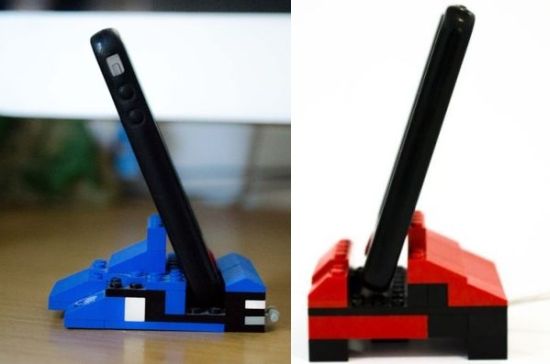 Your kid is no more interested in LEGO bricks that you bought on his/her last birthday, which now keep lying all around, increase the clutter in your house. Now you don’t have any other option than to either discard them or turn into a functional object, like the “LEGO iPhone Dock” by Brazilian designer Augusto Ribeiro, which you could use in your day-to-day life.

Made using discarded LEGO bricks, the artistic iPhone dock features a simple structure that anyone can build with minimum fuss. The LEGO iPhone Dock not only turn the abandoned LEGO bricks into a functional object but also gives a new face to the iPhone dock. You can change the shape and color of the dock to match your mobile handset. You can choose between a simple dock and the charging dock with a cable that too charges you mobile phone within the dock. In short, the creative iPhone Dock gives a new meaningful life to discarded LEGO bricks.