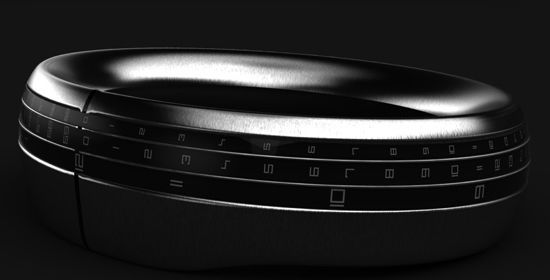 Designed for young professionals, the “Round-the-Clock” by Benedek Kőrös, a student at Moholy-Nagy University of Arts and Design (MOME) in Budapest, is a modern watch that not only looks elegant on the wrist but adds to their style and character at the same time. Removing the face to look more like a bracelet than a wristwatch, the trendy timepiece displays time between the ends of the black stripe.

Winner of the Red Dot award, the modern wristwatch features three flexible strings, powered by an electro-motor, which work or move separately to tell the time. Setting the time through the sign of GPS satellites and atomic clocks, the Round-the-Clock also includes a rubber layer for better grip, while protecting the wrist from rashes and other skin infections.