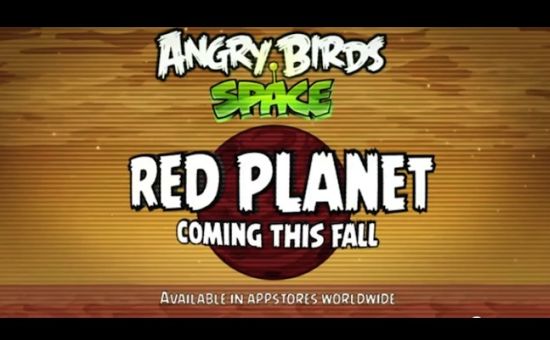 Subsequent to Mars Curiosity rover’s hitting the Martian surface, tech firms and game developers have started to realize how any simulation of the original explorer could help them boost their sales. Accordingly, the Finland-based Rovio Entertainment Ltd. has struck a chord, thereby winning NASA’s agreement to introduce Curiosity in Angry Birds Space.

The latest Angry Birds game (version rather) will feature astronaut pigs skyjacking the Curiosity and gamers making their way through volcanoes and asteroids. Aside from featuring the Curiosity, the most recent update to Angry Birds Space for iDevices and Android phones stars other rovers as well.

Angry Birds Space, thus far, taught gamers about the concepts of microgravity. However, from now on, the game (its new version) will allow players to have better insight into NASA’s missions to Mars and create interactive informational experiences. Hence, NASA agreed to the deal; and, as NASA said, “there was no money involved in the deal.”