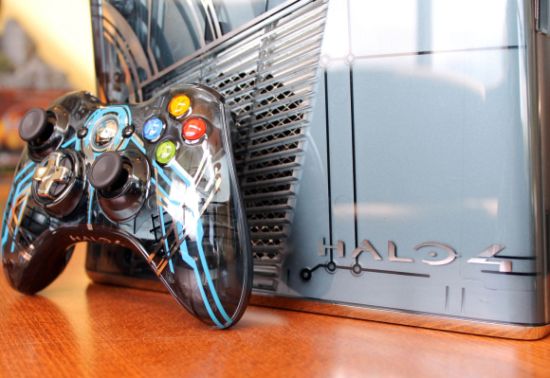 As you keenly look forward to the official release of the upcoming first-person shooter video game Halo 4, folks at Microsoft have geared up to redefine your gaming experience with the launch of a translucent, limited edition Xbox 360 console and controller bundle sometime soon. As Dvice reports it, the Halo 4 Limited Edition console will be an entirely new console with features like custom power and eject sounds, deliberately designed translucent case, insect wings, and the inclusion of blue LEDs on the power button and the jewel on the controller. The controller will come equipped with home button for ease of use.

Priced at $399.99 (U.S. ERP), the Halo 4 Xbox 360 bundle will be available this November. The standalone Xbox 360 Halo 4 Limited Edition Wireless Controller will be priced at $59.99 (U.S. ERP), including the United Nations Space Command (UNSC) emblem on a dark grey translucent body and Avatar T-shirt as exclusive downloadable content.