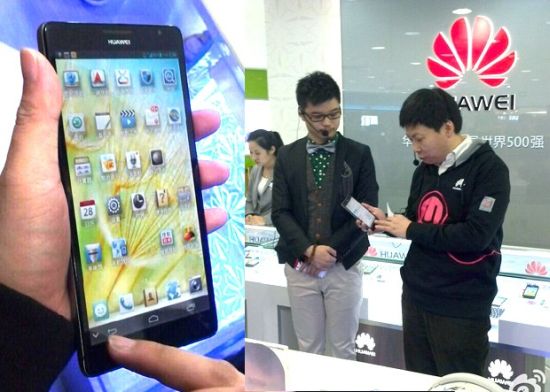 If you too believe that bigger is better, Huawei is set to announce its 6.1″ 1080p Android phone at CES 2013. Hailed as “Ascend Mate,” the monstrous device is supposed to feature a 1.8GHz quad-core HiSilicon K3V3 processor and a massive 4,000mAh battery to power the giant mobile phone.

Measuring 9.9mm in thickness, the huge Android phone will also include 361ppi display that is of LTPS (low temperature polysilicon) nature. Though we are short on other features, but the Ascend Mate will be priced around ¥3,000 (about $480) check out the video after the jump to have a glimpse of the massive phone.